Levon Chilingirian’s long association with Norway and its music was established when the Chilingirian Quartet was invited to give summer courses for the Norwegian Chamber Music Association for well over a decade. Many of the participating young musicians have now become established and highly respected members of the profession. Trondheim, through the inspirational leadership of Kåre Opdal, played a key role in this. Chilingirian is Professor of violin and chamber music at both the Royal Academy of Music and the Guildhall School of Music and Drama in London. His career began with winning the BBC Beethoven (1969) and the ARD Munich International (1971) Competitions with his duo partner, pianist Clifford Benson. In September 1971, the Chilingirian Quartet was formed and established a world-wide reputation for its much-praised interpretations of classical, romantic  and contemporary repertoire.  As the Quartet approaches its 50th anniversary, it still has two of its founding members, Mark Butler and Chilingirian. Chilingirian is also a soloist and ensemble director and has appeared with the Trondheim Soloists, the Bergen Philharmonic, the Camerata Nordica, the Gothenberg Symphony and many other British and European orchestras. He is honoured to be the Chairman of the Trondheim Quartet Competition since its establishment. 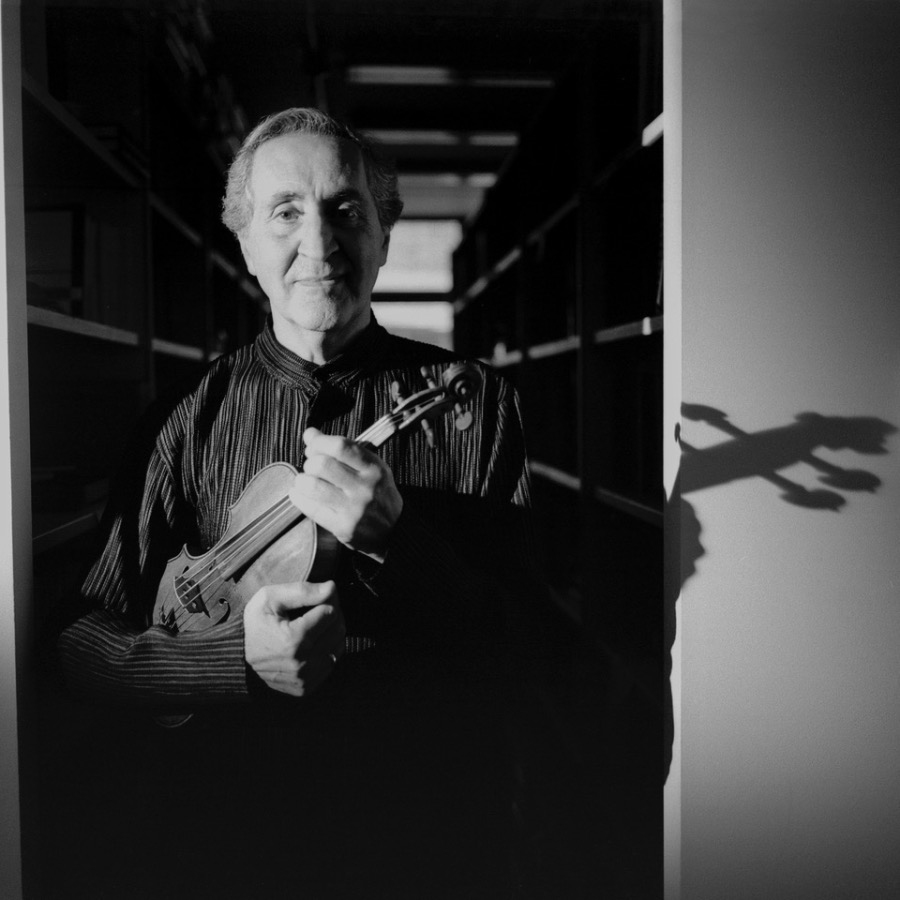 Disselhorst took his first cello lessons at the age of seven. He completed early studies at the Hanover Conservatory’s Institute for Early Training of highly talented Musicians (IFF), studied with Prof. Martin Ostertag at the University of Music Karlsruhe and with Prof. Jens Peter Maintz at the UdK Berlin. Further studies with the vision string quartet with the Artemis Quartet and Günter Pichler complement his musical education. Leonard has been performing regularly both as a soloist and chamber musician in Germany and abroad and is a regular guest at numerous festivals such as the Mecklenburg Vorpommern Festival, the Lucerne Festival and the Rheingau Music Festival. He was a member of the National Youth Orchestra and has worked with conductors such as Sir Dennis R. Davies and Sir Simon Rattle. Radio recordings were made at SWR, NDR, rbb and Deutschlandradio Kultur. Leonard is a laureate of many prizes in the national competition "Jugend Musiziert", as well as prizewinner of the International Hindemith Competition, the Domenico Gabrielli Competition, several times at the Felix Mendelssohn Bartholdy University Competition in Berlin, as well as winner of the renowned Concours de Genève. 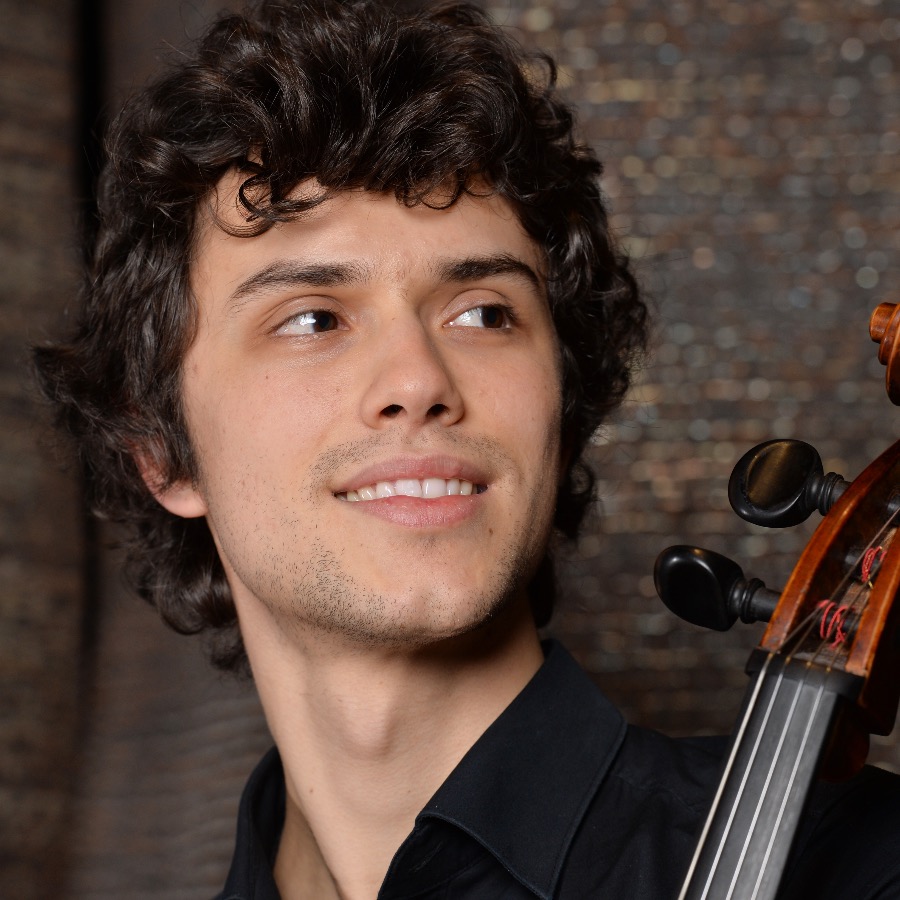 Henninge Landaas started playing the violin at the age of three at the Municipal Music School in Trondheim. She continued her musical education at Trøndelag Music Conservatory and the Norwegian Academy of Music, where she studied with Bjarne Fiskum and Magnus Eriksson. She graduated in 1996 with both violin and viola as her main instrument and was awarded top marks. Landaas was a member of the Trondheim Soloists from the beginning in 1987, both as a solo viola player and also as a soloist several times. She has been a soloist with the Oslo Philharmonic Orchestra and Trondheim Symphony Orchestra, among others, and she worked for many years as a solo viola player in the Norwegian Chamber Orchestra and the Oslo Philharmonic. From 1994 to 2011, she was a member of the Vertavo String Quartet. In 2014, she formed together with Sølve Sigerland and Ellen Flesjø Ssens Trio. Her extensive discography consists of recordings with both the Vertavo Quartet and Ssens Trio, a number of CDs with the Oslo Philharmonic Chamber group, and as a solist at Lawo Classics with Brahms sonatas with Tim Horton and the Hindemith solosonate op.25. Ssens Trio’s first CD, Beethoven op.3 and op.8, received the "Supersonic Award" from Pizzicato Magazine, and was nominated for the prestigious ICMA Awards in 2018. 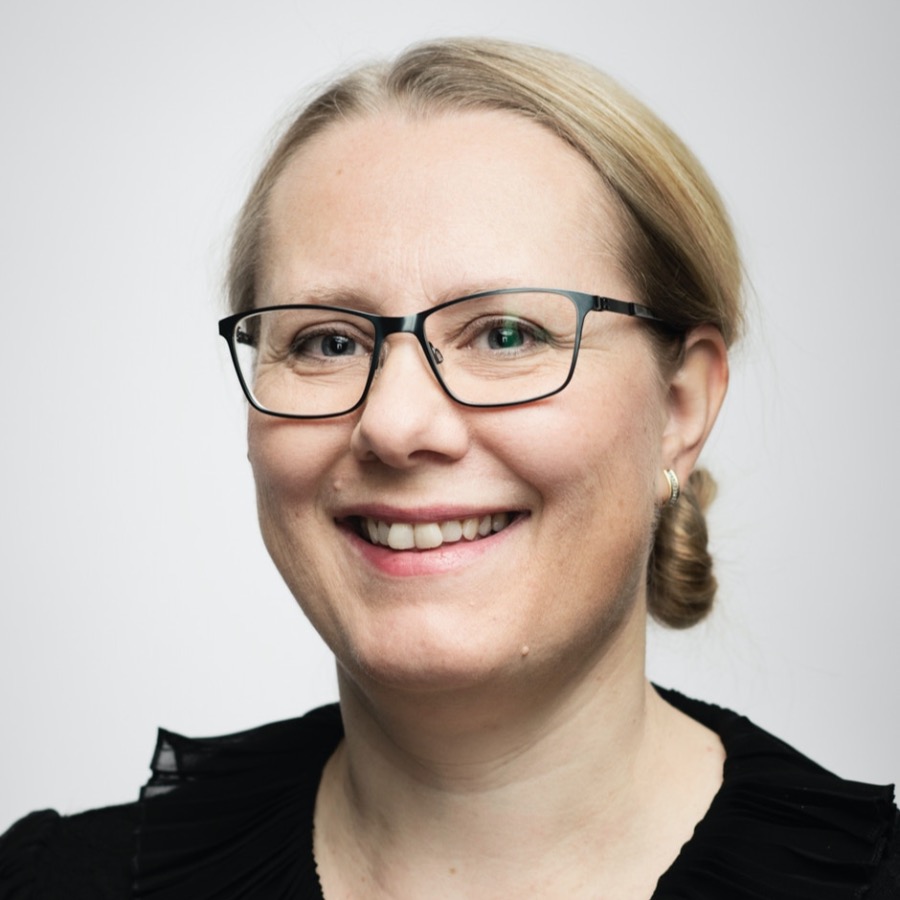 As a member of the Brentano quartet since 1999, cellist Nina Lee has collaborated with many acclaimed artists and has performed in the preeminent concert halls in Europe and North America. Currently, she teaches at the Yale School of Music, where her quartet is the quartet-in-residence. In the summer season, Ms. Lee performs and teaches at Norfolk Chamber Music Festival at the Yale Summer School of music and the Taos School of Music. Previously, she taught at Princeton and Columbia Universities. In addition, Ms.Lee has served as a returning guest faculty member at the St. Lawrence String Quartet Seminar at Stanford University, the Apple Hill Center for Chamber Music’s Summer Chamber Music Workshop, and the Spoleto Festival USA. In the 2012 film, A Late Quartet, starring Philip Seymour Hoffman, Catherine Keener and Christopher Walken, Ms. Lee made a cameo appearance in the film which also featured the Brentano String Quartet on it’s soundtrack. Ms. Lee and her quartet have recorded for the Naxos, Azica, Aeon and Bridge record labels. 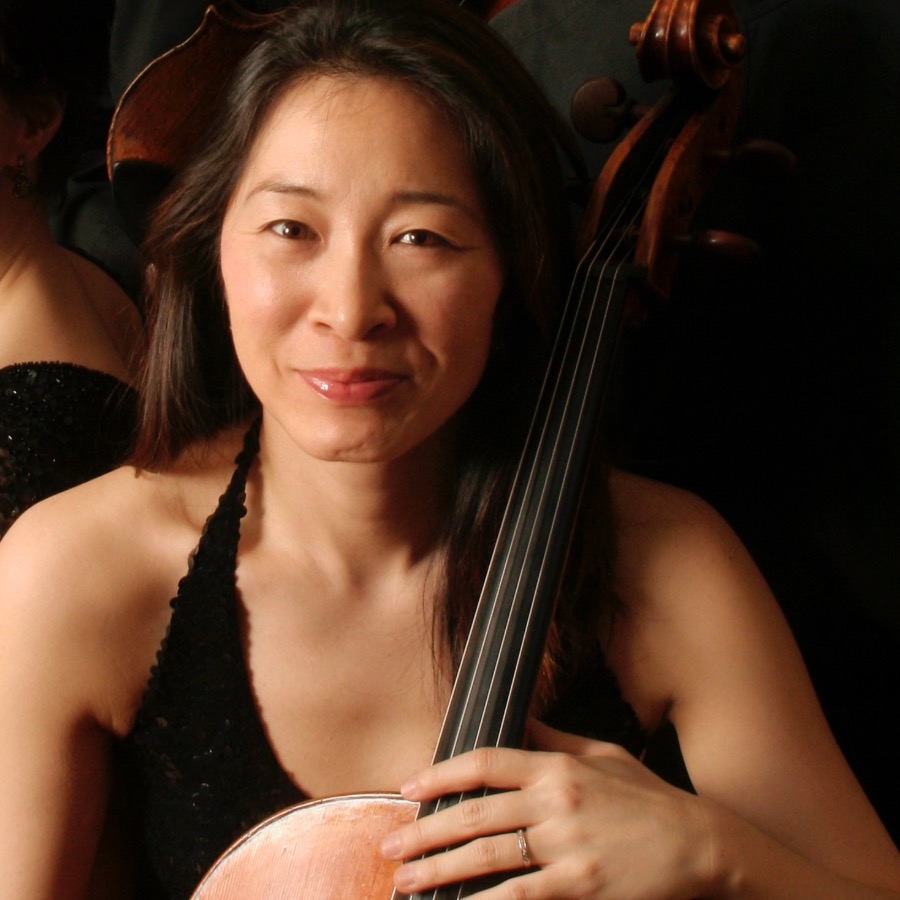 Lotsberg began his professional career at a young age and has distinguished himself as one of Norway's most active chamber musicians. He studied with Leif Jørgensen (1927-1988) in Oslo from the age of ten for eight years, Sandor Vègh in Salzburg, Camilla Wicks in Houston and Ana Chumachenco in Munich. In 1991 he became one of the founding members of Oslo String Quartet. He is a widely experienced musician and has been a member of ensembles such as the Norwegian Chamber Orchestra and Camerata Academica Salzburg, and concertmaster of the Bergen Philharmonic and Norwegian National Opera orchestras. In addition to collaborations with other musicians including Håvard Gimse, Einar Steen-Nøkleberg, Vebjørn Anvik and Kåre Nordstoga, Lotsberg has performed as a soloist with the Oslo Philharmonic Orchestra, the Norwegian National Opera Orchestra, the Norwegian Radio Orchestra and Camerata Academica Salzburg. Lotsberg is much in demand as a teacher and orchestra leader, working regularly since 2005 with TrondheimSolistene and as a teacher at the Barratt Due Institute of Music in Oslo since 1994. From August 2017 he is appointed as Artistic Director of the TrondheimSolistene. 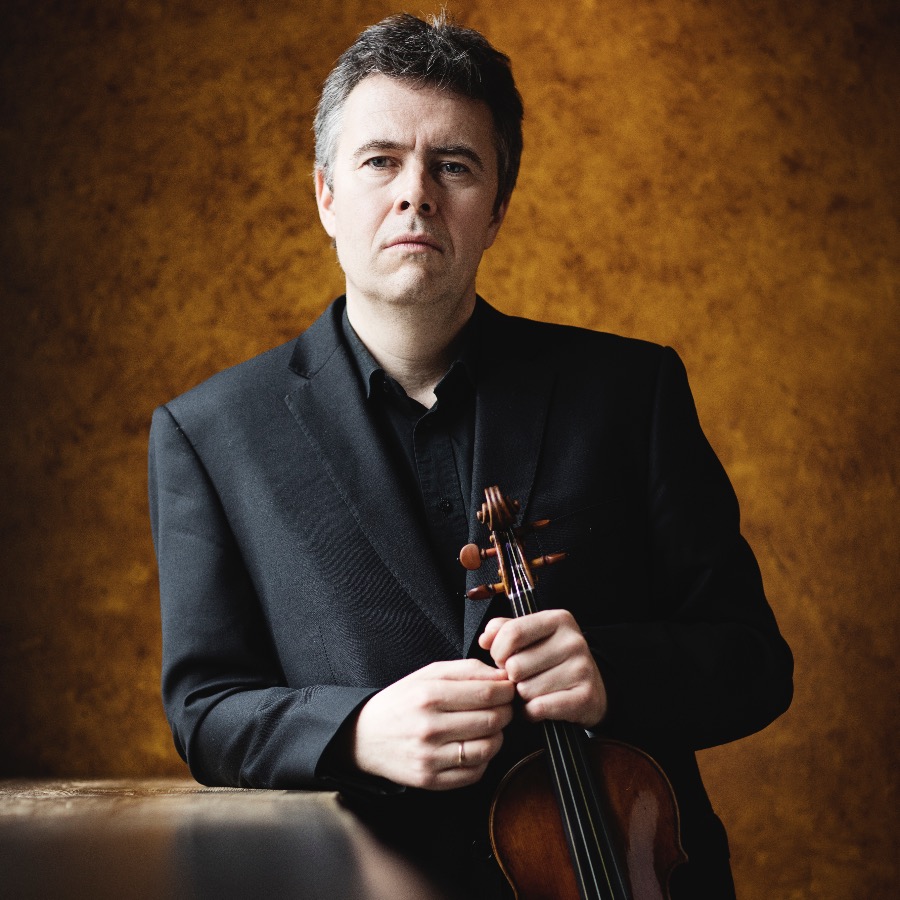 Sawa graduated from the Tokyo Geidai (Tokyo University of the Arts) with a Master of Arts degree and the Premier Prix 'Ataka Award', before studying with György Pauk and Béla Katona in London. He has won a number of prizes at international competitions with his pianist wife, Emiko Tadenuma, as well as the Ysaÿe Medal from the Ysaÿe Foundation of Belgium, and a Gold Medal at the 1979 Bordeaux Festival. In 1984-88 he worked in Japan before returning later to study on a research fellowship at the Royal Academy of Music with members of the Amadeus Quartet, who inspired him to form the Sawa Quartet. In 2000/01 it performed the Beethoven string quartet cycle to celebrate its 10th anniversary. Kazuki Sawa has been invited to various music festivals and to be a jury member of international competitions such as the Tibor Varga (Sion), the Long-Thibaud, the London String Quartet and the RNCM Manchester. He is currently the president of the Tokyo Geidai, an honorary professor of the RAM and a fellow of the RNCM. Since 1996 he has extended his career as a conductor, initially with the Hibiki Strings, Tokyo Strings and more recently with the Tokyo and Japan Philharmonic orchestras. As a violist, he has played with internationally-acclaimed artists such as members of the Amadeus Quartet, Henschel Quartet, Kuss Quartet and Gustav Mahler Quartet. 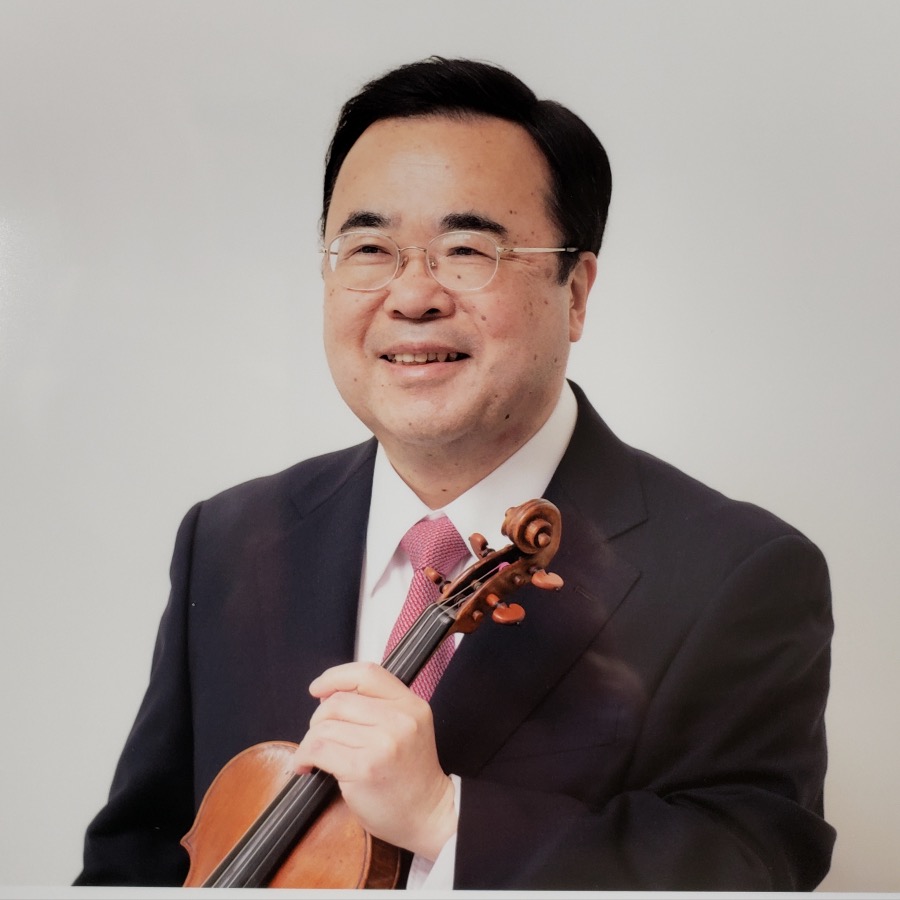 Armenian-born Marianna Shirinyan has received Danish Broadcasting Corporation’s prestigious P2 award for her contribution to Danish music life and the critics prize of the association of Danish critics. She is a frequent guest at a string of international music festivals, among them the Schleswig-Holstein Music Festival, Bodensee Festival, the Schwetzinger Festspiele, MDR Summer Music Festival, Festspillene in Bergen. She has won the reputation of being one of this generations leading pianists through solo appearances orchestras as Danish National Symphony Orchestra, Oslo, Helsinki and Copenhagen Philharmonic Orchestras, Munich Symphony Orchestra, BBC Symphony Orchestra, Kammerakademie Potsdam to name a few. Shirinyan is a professor of piano at the Norwegian Academy of Music in Oslo, a Steinway artist and artistic director of the Oremandsgaard Chamber Music Festival in Denmark. From the summer 2020 also co-artistic director of the Valdres Sommersymfoni in Norway. Her recordings has been received enthusiastically by international reviewers and listeners alike. Her latest release, the Fantasy for Piano and Orchestra by Louis Glass, which she has recorded together with the Rheinische Philharmonie Koblenz under the baton of maestro Daniel Raiskin has been awarded the P2 prize of the Danish radio in 2018. 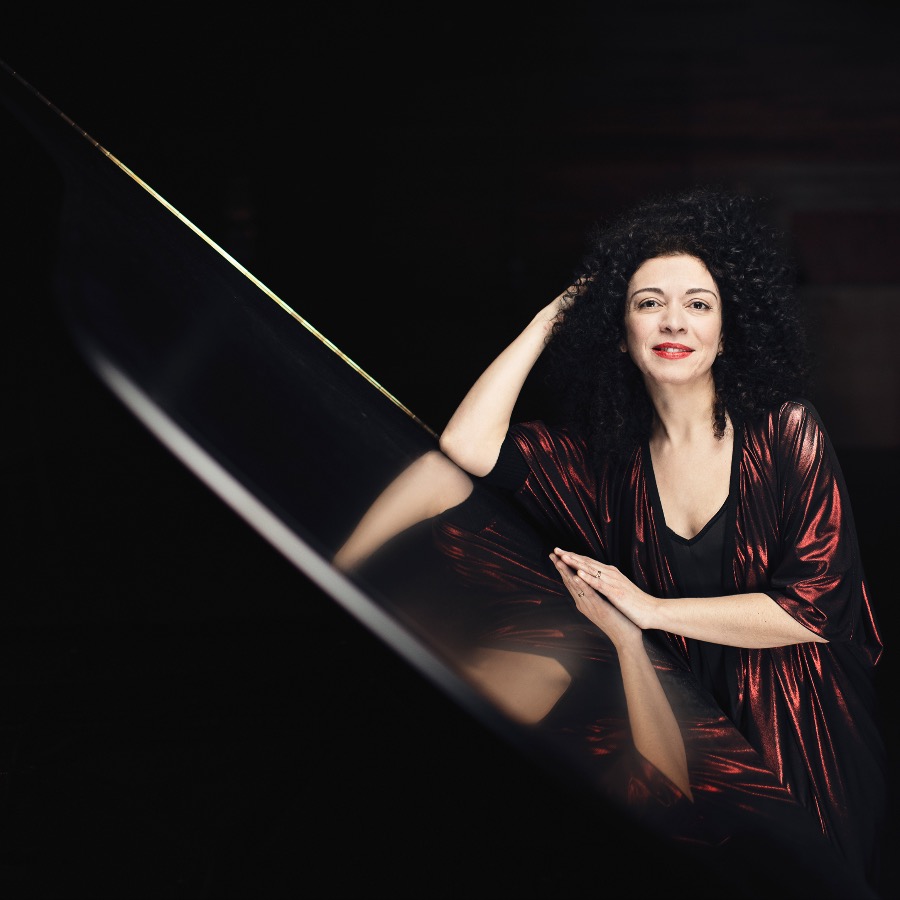