We are proud to present the 2018 Academy participants! 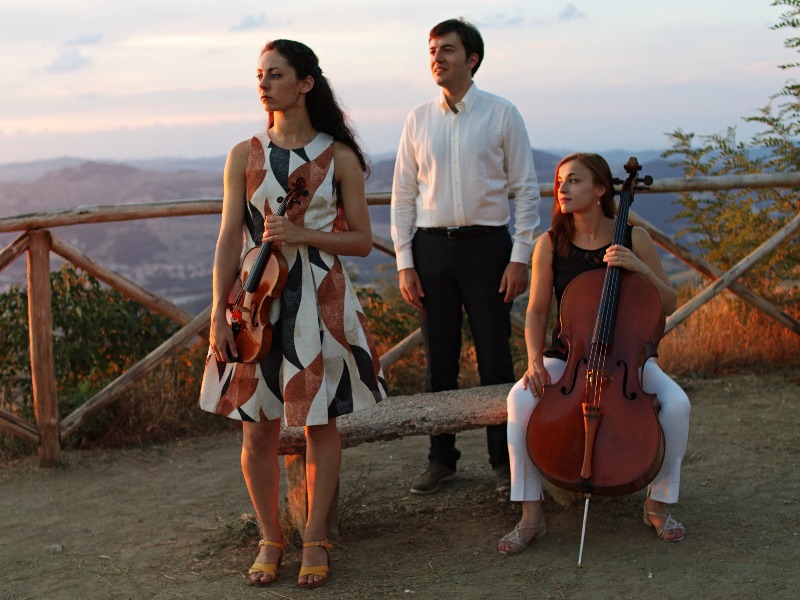 Avant Piano Trio (IT/SI)
The Avant Piano Trio is an italian-slovenian chamber music group founded in 2017 by pianist Alessandro Viale, violinist Rebecca Raimondi and cellist Urška Horvat. As soloists and chamber musicians, they have held many appearances on stage in Italy, Slovenia, UK and abroad. They are recipients of numerous national and international awards and have participated in several seminars and courses for solo and chamber music. The Avant Trio is an ensemble recognized for their intensely expressive and passionate music making. Trio is particularly interested in performing chamber works of the 19th and 20th century, discovering and commissioning living composers. The ensemble has the privilege to work with the American violinist Jacqueline Ross at Guildhall School of Music and Drama in London. 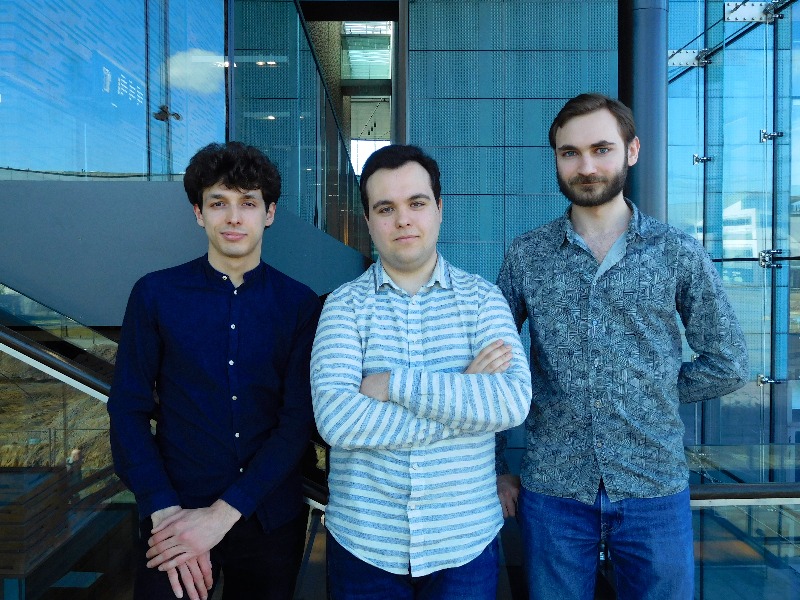 Koiné Trio (FR/CH/ES)
The Koiné Trio was founded in 2017 by three young musicians meeting in the Sibelius Academy, Helsinki. The trio consists of violinist Mathieu Garguillo (France), cellist Basile Ausländer (Switzerland) and pianist Pau Fernández Benlloch (Spain). Each member of the trio is already persuing carreers both as individual musicians and chamber musicians. Since its foundation, the trio has been working mainly under the guidance of the cellist Marko Ylönen, but receiving advices from musicians such as Jean-Jacques Kantorow, Jacques Zoon, Ralf Góthoni or Kiril Kozlovski. The members of the group have been required to play in different concert venues worldwide. The trio has a varied repertoire, ranging from the first pieces written for piano trio in the classical era to contemporary repertoire, passing through the most well-known piano trio repertoire (Beethoven, Schubert, Brahms, Tchaikovsky, Shostakovich, etc.). 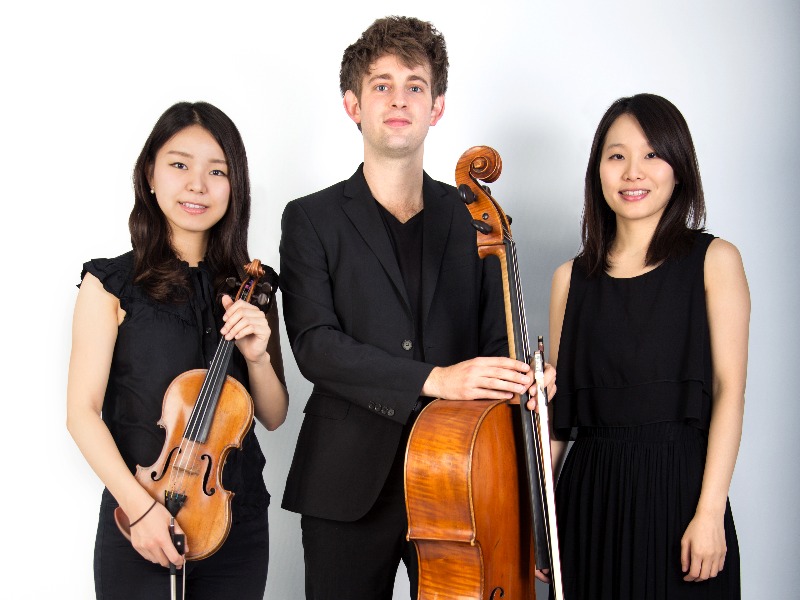 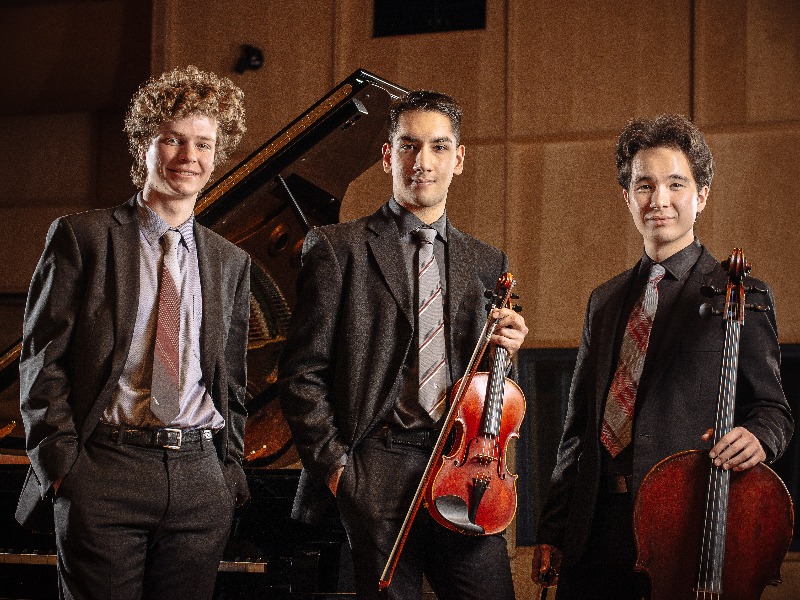 Walden Trio (US/CA)
With members from across North America, the Walden Trio was formed in 2016 at Calgary’s Mount Royal Conservatory. Performing together for the past two years, the trio has an impressive list of accomplishments, having had numerous successes in and out of Calgary. The Trio was selected to compete in the Canadian Music Competition National Finals in June 2017, at which they won first place. Coached in Calgary by Joan Barrett and Krzysztof Jablonski, other artists they have worked with include Angela Chang, Jonathan Crow, Ning Feng, Gwen Hoebig, Joe Johnson, Bill van der Sloot, Ian Swenson and members of the Brentano, Calidore, Escher, Kronos, Pacifica and Rolston String Quartets. As the members of Calgary Pro Musica’s Dick Matthews Young Artists Development Program in the 2017-2018 season, the trio has presented concerts in the residences of United Active Living along with other local communities in Calgary. Equally experienced in educational outreach, the trio has worked to present shows and workshops which they developed, aiming to inspire and educate young audiences about music. 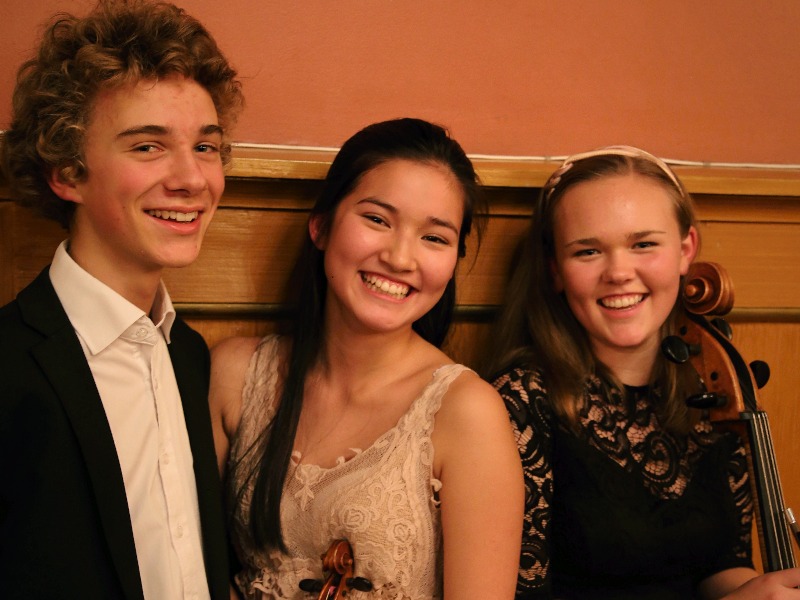 Junior Ensemble: Trio HIA (NO)
Trio HIA consists of Harald Ramm Haugland (piano), Ina Han Brekke (violin) and Amalie Thing Helseth (cello). The trio has been playing for six years at the Barratt Due Institute of Music and has won several prizes and comptetitions. In 2017 they won 1. Prize in the chamber music class at the Midgard competition, the same year they won the "prize of honour " in the national Sparre Olsen-competition, and in the spring 2018 they also won 1. Prize in the national youth music championship. The trio has excelled on a national level and play concerts all around Norway all year long. Around summertime they had a recital at the Horten Chamber Music Festival. Cecilie Barratt-Due instructed the trio for many years, now their main teacher is Vedbjørn Anvik, pianist in the Grieg Trio, in addition to Eileen Siegel and Michael Endres.