The Animato Quartet is widely considered to be one of the most promising young string quartets in the Netherlands with its members being praised for their passionate, spontaneous playing and their powerful on-stage presence. Founded in 2013, their programs contain a combination of classical music with inspiration from the abundant string quartet repertoire and contemporary compositions some of which have been especially composed for the ensemble.  In 2014 the Animato Quartet received an award for ‘Artistic Excellence’ at the Brazilian ‘Festival International de Inverno de Campos do Jordao’, and was laureate of the Grachtenfestival CompetitionLater. In 2017 the quartet received the prestigious string quartet grant from the Kersjes Foundation, one of the largest private culture funds in the Netherlands supporting young talent. Being ‘artist in residence’ as part of the post-grad program of the Dutch String Quartet Academy, the Animato feels hugely privileged to work with inspiring artists and coaches such as Marc Danel and Eberhard Feltz, and Hatto Beyerle and Johannes Meissl, to name a few. The Animato has been chosen from more than 40 applications as one of the four laureates of the Dutch Classical Talent Award 2021-’22! In the near future, the quartet is looking forward to many new challenges, incuding exciting collaborations with musicians such as saxophonist Kika Sprangers, bassoonist Thomas Dulfer, and pianist Hanna Shybayeva, with whom they have recorded Beethoven’s Piano Concerto nr. 1 in a transcription for string quintet.

The Arima quartet, based in Helsinki, Finland, is comprised of musicians studying master at the Sibelius academy: Jose Ignacio Lopez Garcia, Joonas Teppo, Beltran Cubel Gajas and Marta Podwysocka. Inspired to keep music alive, the Arima Quartet members have spent this year of loss of interaction between audience and performer, due to the coronavirus pandemic, to work on; expand and strengthen their repertoire. They are currently mentored by Marko Ylönen, a world reknown solo cellist and pedagogue and Antti Tikkanen first violin from the Meta4 Quartet. They also have received masterclasses of important chamber musicians as Teemu Kupiainen, Kreeta-Julia Heikkila, Marti Rauttio, Kirill Kozlovski and Cecilia Oinas. Their more remarkable performances in the last year are their appearance in the chamber music matinees in Musikkitalo playing Beethoven “Serioso” String Quartet in the Beethoven 250 anniversary (Finnish National Chamber Music Hall) and their performance in the chamber music week of Sibelius Academy. 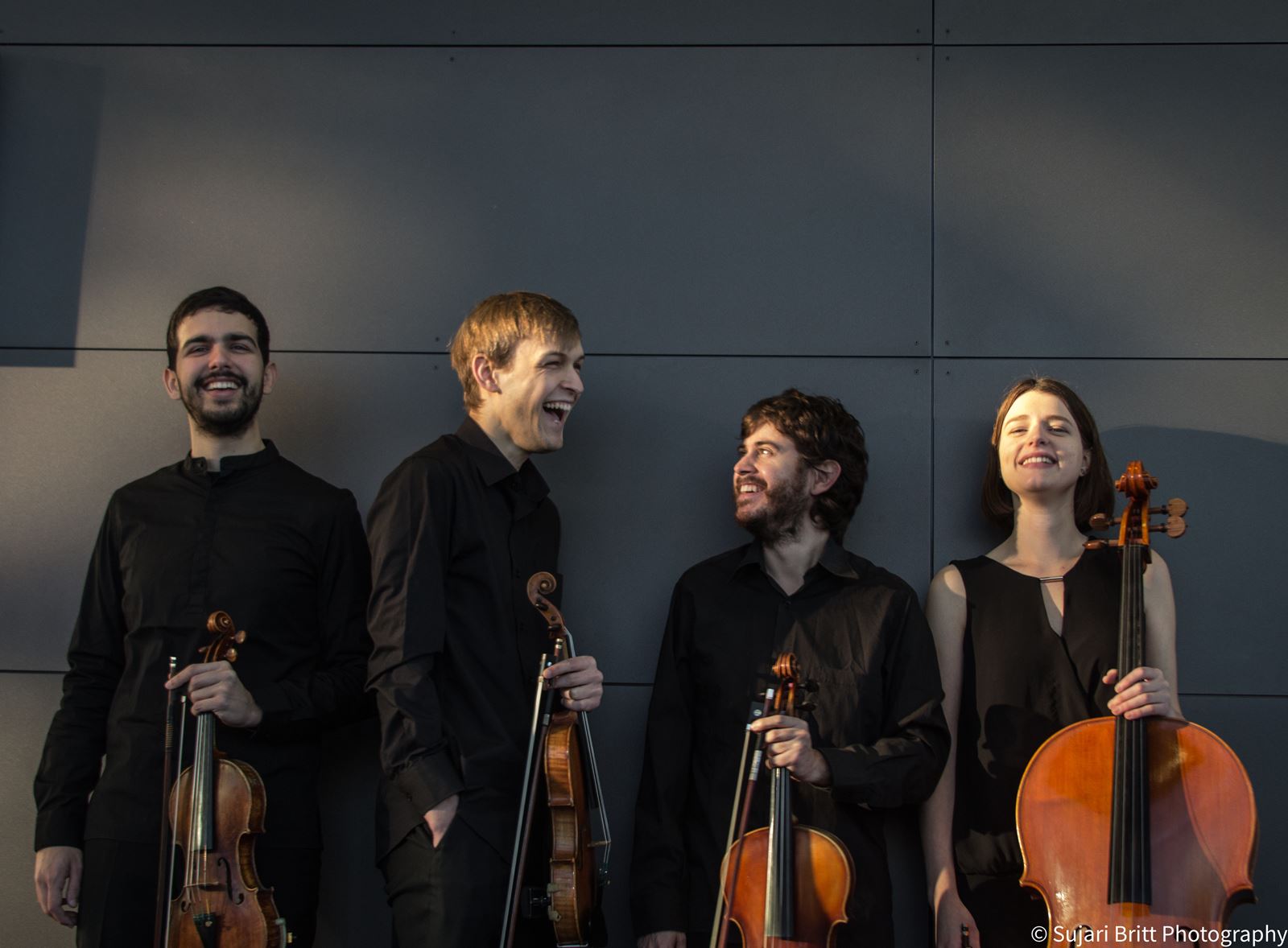 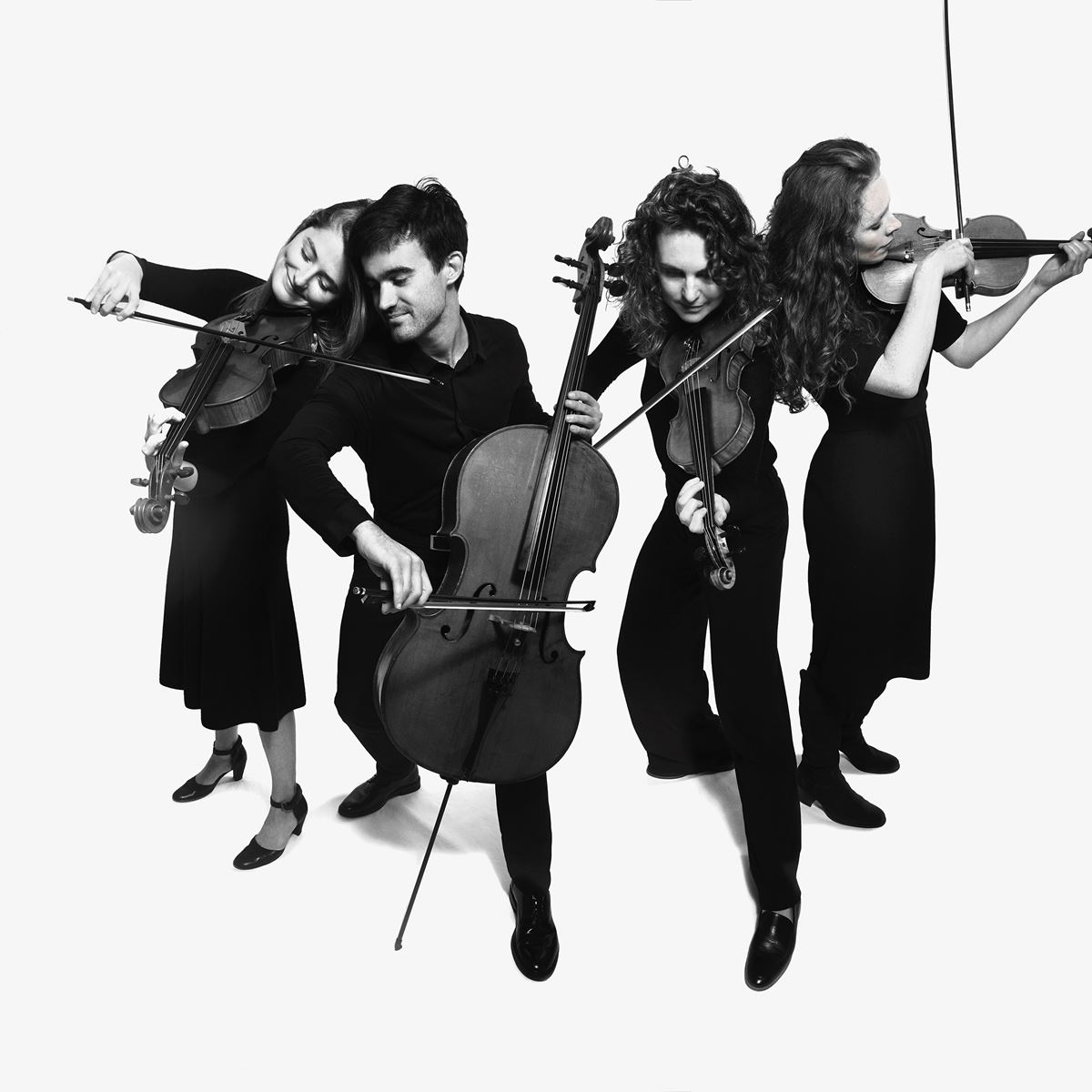 The Confluence Quartet had several members since 2015, but in September 2019, Charlotte and Lorraine joined Pierre-Antoine et Tom, the two founding members. Mathieu Herzog, violist, conductor and founder member of EBENE quartet, is their main teacher. He leads the quartet in different projects and in the string quartet competitions' training. The Confluence Quartet won 1st prize at the "Tremplin pour jeunes quatuors de la philharmonie de Paris" 2016 and Prix Fnapec and Proquartet Prize at the "Fnapec european competition", Paris, 2016. Due to the current health crisis, most of the concerts were cancelled, but the quartet still performed in festivals such as the "Jeudi Musicaux de Royan" and for private concerts. In April 2021 they played live at "Génération France Musique" for RadioFrance. The quartet was invited by the prestigious SINGER-POLIGNAC foundation (Paris, France) to be part of their Young Artist residence, alongside french chamber ensembles like Quatuor EBENE and Quatuor AROD. The quartet recently joined the BOUBO-MUSIC foundation (Basel, SW) who generously lends them some old fine italian instruments.

Based in Helsinki, Finland, the Erinys Quartet was formed in 2018 and is comprised of violinists Elizabeth Stewart and Marija Räisänen, violist Aida Hadzajlic, and cellist Stergios Theodoridis, all of whom are currently pursuing diplomas at the Sibelius Academy. Under the guidance of Finnish cellist Marko Ylönen, Erinys has performed works of Beethoven, Brahms, Shostakovich, and Schubert and presents concerts around Helsinki. The quartet has also worked with Paavo Pohjola and Martti Rautio. Erinys was featured at Mimir Chamber Music Festival (USA) during the summer of 2020, performing web-streamed concerts for global audiences. In addition to chamber music, all four members also participate in the Sibelius Academy Symphony Orchestra and play with professional orchestras throughout Finland. 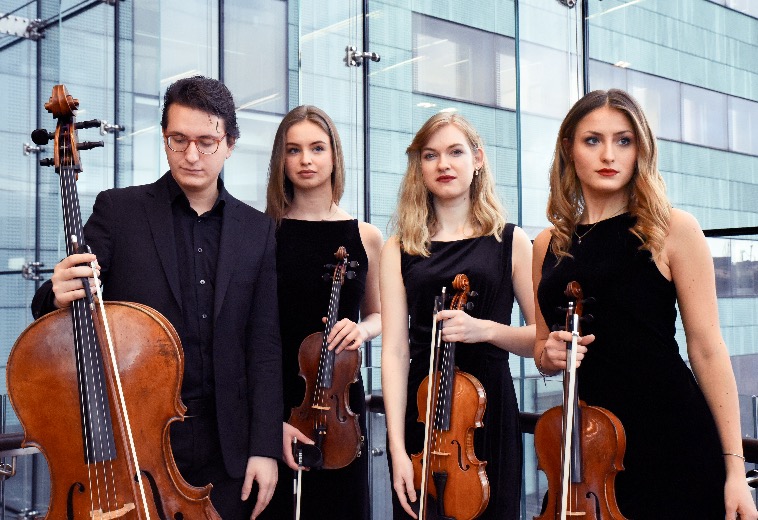 NOVO Quartet is a Danish-Polish quartet formed in September 2018. All the members are students at the Royal Danish Academy of Music, studying as a chamber music group under Professor Tim Frederiksen – the teacher and mentor behind Danish String Quartet. Over the past years, the four individual members have entered several competitions both in Denmark and abroad, and they have received extremely positive remarks and awards for their performances. The members of the quartet have also played several concerts with solo programs giving them the opportunity to develop as musicians. Additionally, they have each participated in masterclasses with famous and highly respected professors from all over the world, among others: Nikolaj Znaider, Pinchas Zukerman, Milan Vitek, Sergey Kravchenko, Lawrence Power and Jeffrey Irvine. Despite their short time together as a quartet, NOVO Quartet has already played a wide range of repertoire for a variety of concerts. In May 2019 they won the Køge Chamber Music Competition 2019 and Scholarship Competition at The Royal Danish Academy of Music. In June 2019, they represented The Royal Danish Academy of Music at a Dutch music and architecture festival ‘Tilburg is Mooi’. In October 2019 they were semi finalists in the Carl Nielsen International Chamber Music Competition 2019, and in November 2019 they were invited to perform in Shanghai, China. Most recently, they were awarded the Grand Prize Winner in ENKOR International Chamber Music Competition 2020. 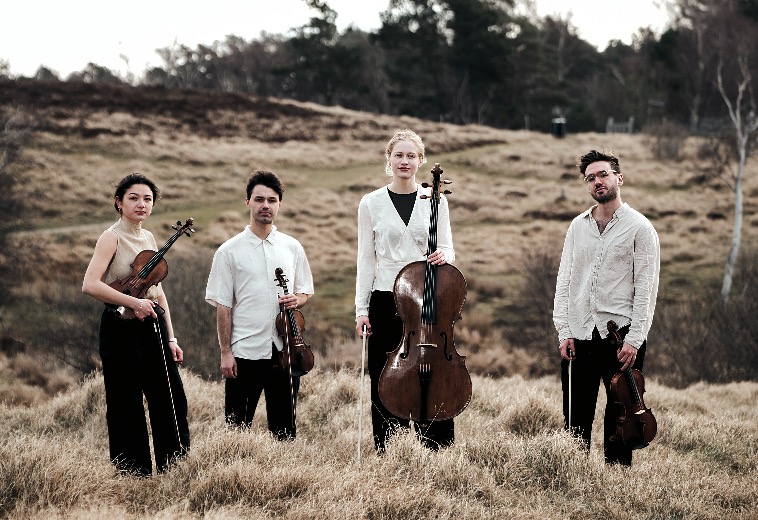