Joseph Kalichstein, academy leader
Acclaimed for the heartfelt intensity and technical mastery of his playing, pianist Joseph Kalichstein enthralls audiences all over the globe, winning equal praise as orchestral soloist, recitalist and chamber musician. With his diverse repertoire of works ranging from Bach, Mozart, Beethoven and Brahms to works by Bartok, Prokofiev and others, Mr. Kalichstein has collaborated with such celebrated conductors and performed with the world’s greatest orchestras. Mr. Kalichstein has also been a frequent guest pianist with the world’s most beloved string quartets. A favorite of New York concertgoers, Mr. Kalichstein has appeared in several recitals on Carnegie Hall’s “Keyboard Virtuosi” series. He serves as the Chamber Music Advisor to the Kennedy Center and is the Artistic Director of the Center’s Fortas Chamber Music Concerts. He continues to hold the inaugural Chamber Music Chair at the Juilliard School, where he also teaches a limited number of advanced piano students.

Born in Tel Aviv, he came to the United States in 1962.  His principal teachers included Joshua Shor in Israel and Edward Steuermann and Ilona Kabos at The Juilliard School. Prior to winning the 1969 Leventritt Award, he had won the Young Concert Artists Auditions, and as a result he gave a heralded New York recital debut, followed by an invitation from Leonard Bernstein to perform Beethoven’s Piano Concerto No. 4 with the New York Philharmonic in a nationally televised concert on CBS.

Joseph Kalichstein is a founding member of the famed Kalichstein-Laredo-Robinson Trio, now in their 38th touring season. The Trio continues to play in major music capitals as well as on all the great university concert series. Its most recent recording project is a CD devoted to works that the eminent American composer Ellen Zwilich had written for the Trio, just released on the Azica label. Bridge records has recently released their critically acclaimed 2-CD Schubert Cycle. Danish String Quartet
The Danish String Quartet has reached incredible heights in the course of its existence. In January 2012 the quartet was appointed to the prestigious Chamber Music Society of Lincoln Center Two programme beginning with the 2013-2014 season. This achievement comes as the last in a row of distinguished accomplishments. The quartet won the Trondheim Competition (TICC) in 2005, and it is with great pride we welcome them back as festival artists and TICC Academy instructors. The quartet has also won competitions in Denmark, Holland and UK.

The high technical and musical quality, the joy of playing, the powerful impact the quartet makes on stage and the fresh approach to familiar repertoire has become a trademark for the Danish String Quartet. These qualities have led the quartet to success everywhere. The four young musicians have performed all over Europe, returning repeatedly to particularly Germany and the UK, where Wigmore Hall is one of the venues. The quartet was announced NORDMETALL –Ensemble Prize Winner 2010 in the Mecklenburg-Vorpommern Festival in Germany. The quartet was awarded the highly prestigious Carl Nielsen Prize 2011 which is Denmarks largest cultural prize.

Stockholm Syndrome Ensemble was formed, in Stockholm, with the hope of creating concert programmes that would give audiences a more healthy dose of Stockholm syndrome; the aim, to give the audience the opportunity to hear music set in a surprising and illuminating context, one which heightens the listening experience.

Whilst not bound by size, style or genre most concerts include this founding group of players. Often the programmes are built around an event, idea or concept. This narrative or thread (sometimes unspoken in the form of images and sometimes spoken with film and voice) allows the comparison and contrast of music across all periods and styles. As a result the ensemble has performed music from Purcell to Bob Dylan and Messiaen to Radiohead collaborating with musicians such as Margareta Bengtsson, Olivia Chaney, Sebastien Dubbé, Ruby Hughes, Gustav Lindgren, Anne Sofie von Otter, Elin Rombo, Andrew Staples, artist Joanne Grüne-Yanoff and juggler Jay Gilligan. The ensemble has its own concert series at Musikaliska in Stockholm and was the subject of a documentary for Swedish TV.

Malin Broman and Simon Crawford-Phillips are also members of the esteemed Kungsbacka Trio. 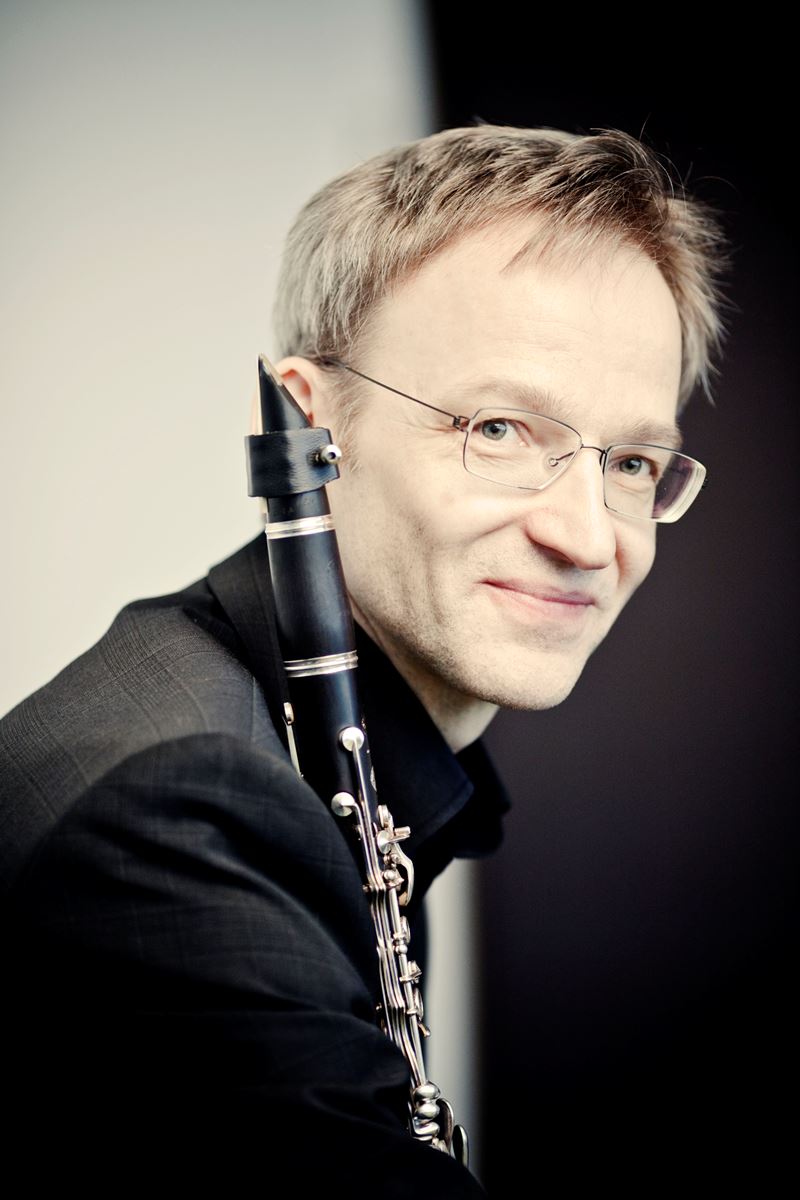 At the academy Kriikku will rehears and perform excerpts from Messiaen "Quatuor pour la fin du temps" together with one of the participating piano trios at TICC Academy.

Characterized as an extremely sensitive player with a seemingly flawless command of his instrument, Kriikku is undoubtedly one of the world's foremost clarinettists. He studied at the Sibelius Academy in Helsinki, and later with Alan Hacker in England and with Leon Russianoff and Charles Neidich in the USA. Kriikku's recordings of the concertos of Carl Maria von Weber and Bernhard Crusell have received worldwide acclaim (the Weber CD was voted "best ever" recording by Classic CD and BBC Music Magazine). In 2006, his recording of Magnus Lindberg's Clarinet Concerto (2002) won both BBC Music Magazine's award and the Gramophone Award. Kari Kriikku is a founding member of the Avanti! chamber orchestra and has served as the ensemble's artistic director since 1998.

Kriikku was the 2009 winner of the Nordic Council Music Prize: the prize committee wrote, “Kari Kriikku is an extraordinary virtuoso on his instrument the clarinet. His performance is characterised by flexibility and a positive musician’s joy - he is a musician in the best sense of the word.”